Travelling with the public transport!

July 16, 2014
"its peak time in the morning, I chose to get back to my basics , travelling in the public transport. As usual is sat in the first row near to the driver so that i get the view of the driver. During the travel i was able to see a small bicycle being peddled so fast by a small boy with his sister who seems to be elder than him, probably going to work. As this is summer he should be on a holiday, all he did was chose to drop her sister in the bus stop because she was getting late,,,, it was so emotional to see the kid who was literally breathing so hard, sweating so much, waving his hand to his sister with a strong satisfied smile who was able to catch the bus and go on time. It was even more amazing was the driver too understood the effort of the kid and slowed down a bit to give credit to the small kids accomplishment ... Sometimes we are so busy that our eyes are glued to our smart lifeless friend, ears tuned to the same,,,, and miss out on these small wonderful happiness that always keeps happening around us .... -ZAC- people watching makes me go happy every time!

Popular posts from this blog

April 28, 2013
Aristotle and his philosophy has always inspired me, be it the organisation of science or about friends; he has always been able to strike some mutual chord of thinking .... As i was reading there were few saying on Aristotle's Ideal Man. I keep reading it again and again and made sure i will be able to mention each and every word when i tell to people about these lines....


"He does not expose himself needlessly to danger, since there are few things for which he cares sufficiently; but he is willing, in great crisis, to give even his life,-knowing that under certain conditions it is not worth while to live. He is of disposition to do men service, though he is ashamed to have a service done to him. To confer kindness it is a act of superiority, to receive one is an act of subordination..... He does not take part in public displays.. He is open in his dislikes and preferences, he talks and acts frankly, because for his contempt for men and things... He is never fired with admi…
Read more

Expectations- what is in for the experienced?

Its one of the most pronounced words and results to be very expressive. But, this very expectation can seed million misunderstanding. I seriously believe that this word is very exclusive for the matured, for the ones who have understood the true meaning and expect things only from within, individuals who are profound in their thinking, one who feels character is the real treasure.

How does this seed misunderstanding?
When one expects from another and if he/she does not fulfill or if he/she does not do the way the other expected it ends in a sad note. This impact is highly determined by the nature of expectation and the kind of the person who expects. Relationships is often distorted, people often are left down with this very EXPECTATION.People who have really experienced will for sure accept my school of thought.

What is the best way to EXPECT?
I think the best way of exercising this is expecting things from within. Self competing, i personally feel that expectations fr…
Read more 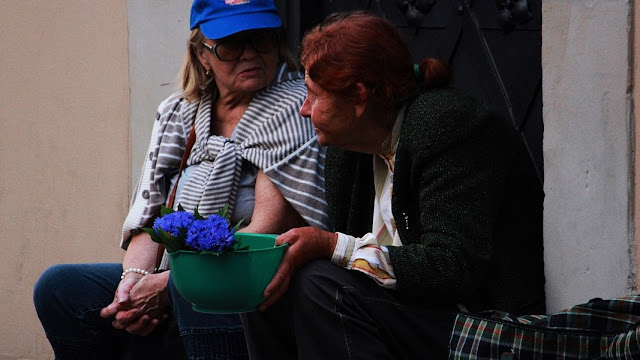 Ageing society: celebrate or worry
Over the years, I have found that walking and people watching has become one of my sources of understanding society at large and these observations are reinforced by the literature that I come across. I doubt many will know that October 1 was the world old people's day. With the reports being published that India is one of the worst places to retire, the constant rise in retirement homes and rising crimes against older people, seems that unless the policy makers looked upon seriously now, I might be in deep trouble in 2050's :( One of the key determinants of Ageism (age based discrimination) can be attributed to the concept of 'Retirement'. The industrial revolution has without any doubt created more jobs and reformed education that it can have the right set of skills to fill its demand of laborers, but unfortunately this phase of being employed and worth is so much woven together. With the rise in rapid urbanization there is a shift…
Read more